The Atlantic City Air Show and its 850,000 spectators joined us as we placed our beach towels in the sand. Sitting a few yards from the ocean and directly in front of the convention center, a structure that was once the home of the Miss America Pageant, we set up in the almost 100 degrees on a bright sunny day to enjoy a show dedicated “to those who serve”.  My mind went back to my youth when my mother told stories of a horse who jumped from the iconic steel pier also in view, but at that moment an amazing formation of Geico Skytypers came zooming in front of us with a beautiful presentation just above the horizon producing smoke in the shape of the American flag.

The show was in a word, spectacular. It included US Army Golden Knights Flag jumpers with the national anthem. Their landing was so soft and with such precision it seems more like a gentle dance. The USAF Thunderbirds were exceptional and I really never heard them until directly overhead. NJ ANG 177th F16 flyby so amazing it convinced me to attend their open house the next day in EHT. I enjoyed the colors, red, white and blue from the RAF Red Arrows who wear the seal of the Queen on their uniforms and honor their national colors. Planes that fly within yards of each other are exhilarating and created in me an appreciation for the pride and practice hours that go into the aerobatics and maneuvers. The Air Force personnel assigned hold focus on one spot as they fly. This is called, spot rowers. The altitude range for the performers ranged from 15,000 ft to 5,000 ft for the Tucano and Vampire Formation Pass.

We were taken on the tarmac to view the jets about to return to the air show. It was an up close and personal look at the amazing men and women who fly these planes. Touching the wing and sitting in the simulators only enhanced the experience. The military precision of the 177th Flight Crew in preparation for take off included a walk down, called an FOD check for foreign objects dangerous on the runway. As we made our way to the next event we were shown the parachutes known as Caterpillar unit by the crew who keep them properly ready for use. They also allowed us to wear the same helmet and mask worn by the pilots for night vision capability.

It was a wonderful honor to meet many who serve and during a short interview in front of her jet, with Captain Janelle Baron, I asked the usual question of when she knew she wanted to be a pilot. Captain Baron was encouraged at age 14 by another female pilot who mentored her. Colonel Routt explained the pilots uniform and compression, he then diverted to offer some police officers bottles of water in the 100 degree heat. Colonel Brown explained night vision equipment and handed us all ear plugs for the magnificent Thunderbird take off. They are a team, a passionate, proud and precision team operating in unison from the ground crew to the pilots and with the patriotism of men and women who serve.

Did I hear someone say it was loud? That is the sound of freedom! 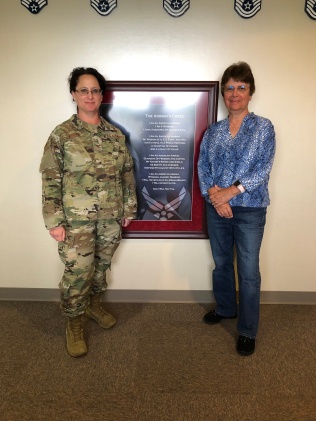 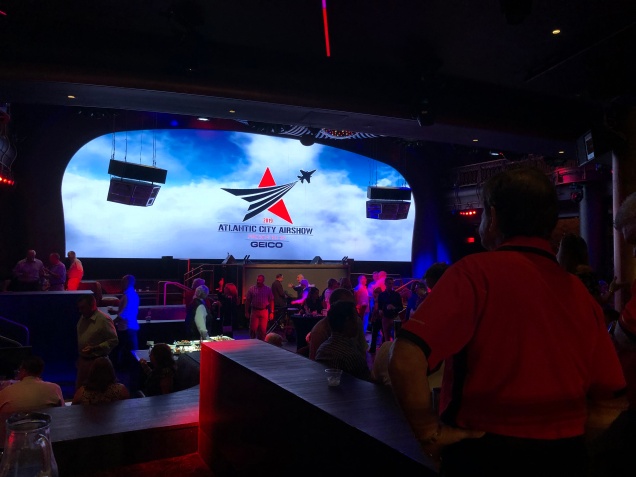