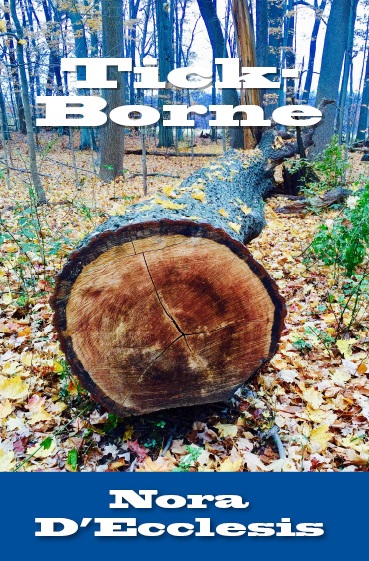 LOS ANGELES, CA – 07/11/2017 (PRESS RELEASE JET) — Experts are sounding the alarm bells about rising incidences of tick-borne diseases. Contracting a disease from a tick bite used to be an uncommon occurrence, but some factors are causing tick populations to grow which puts people and pets at a greater risk. “Tick-Borne” from renowned health and wellness author, Nora D’Ecclesis, is a recently released, comprehensive guide to the various diseases transmitted by ticks in the United States. Nora believes the best protection against disease is awareness.

There is no definitive answer as to why doctors are seeing more and more cases of tick-borne diseases in the United States. One theory is that the warming climate has allowed some species of tick to move further north where the environment has become more hospitable. This has increased human exposure to ticks. Another school of thought suggests that a lack of predators in some areas of the United States has allowed the population of animals like deer and mice to explode. Since ticks feed on these animals, their food source has become abundant, allowing them to grow and multiply. Whatever the case may be; protection and detection is essential.

Tick-borne diseases can be incredibly debilitating and, in some cases, fatal. Lyme disease is one of the most well-known tick-borne illnesses but it is not the only one that people should be aware of. Cases of Babesiosis have exploded; increasing over 2000% in recent years. Powassan virus is a devastating illness that can have long term effects on the central nervous system and even prove to be fatal in some cases. How to identify and protect against these diseases and more is all covered in Nora D’Ecclesis’ book, “Tick-Borne,” which is now available in paperback or digital on Amazon.

Nora D’Ecclesis is an accomplished writer and poet. Her #1 best-selling book “The Retro Budget Prescription” the top Kindle book downloads in the “Business/Self-Help” category for over a year. Nora graduated Kean University with post-graduate degrees in Administration and Education. 2017 has been an incredible year for Nora. In May she was a finalist in the International Book Awards for Spirituality/Eastern Religions. In June, Nora released her first novel, “Twin Flames,” with co-writer and #1 New York Times Bestselling Author, William R. Forstchen. When she isn’t writing, Nora can be found kayaking, hiking, Nordic skiing, and spending time with her family and dogs.